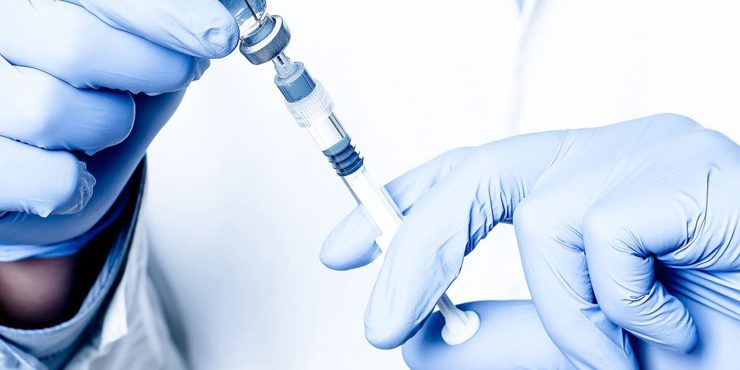 October 30, 2009 (Philadelphia, Pennsylvania) — Mounting evidence shows that immunizing pregnant women for seasonal flu benefits not only the mother, but also the infant, and even the fetus. Studies presented here at the 47th Annual Meeting of the Infectious Diseases Society of America showed that maternal influenza vaccination reduced rates of prematurity, low birthweight, and flu-related hospitalization of infants, including those younger than 6 months of age.

Infectious disease experts emphasized the importance of these findings, especially in light of the very low rates of acceptance of flu vaccines among pregnant women in the United States, who fear that their fetus will be adversely affected.

The first study found that rates of prematurity and low birthweight were reduced in infants born to mothers who were immunized against seasonal flu.

“The uptake rates for seasonal flu vaccine are dismal. Only about 17% of pregnant women are vaccinated. The maternal flu vaccine may be an important tool for addressing prematurity,” said Saad B. Omer, MBBS, MPH, PhD, from Emory University School of Public Health and Vaccine Center in Atlanta, Georgia, who presented this study.

The study was based on an analysis of data from the Georgia Pregnancy Risk Assessment Monitoring System (PRAMS) from June 2004 to September 2006. Dr. Omer and colleagues evaluated the association between maternal influenza immunization and prematurity and weight-related outcomes. During the study period, of 6140 live births, 921 pregnant women (15%) received the influenza vaccine. Outcomes were adjusted for maternal age (<20, 20–34, and >34 years), black race, insurance status, and prepregnancy maternal weight.

In a second ongoing matched case–control study, the evidence indicates that the maternal seasonal flu vaccine is extremely effective in preventing flu-related hospitalizations in infants.

“This finding is important. The flu vaccine is not approved for infants under 6 months old, yet these are the most vulnerable children. This study suggests that the maternal vaccine can have a positive effect on young infants,” said Marietta Vázquez, MD, from Yale University School of Medicine in New Haven, Connecticut.

The maternal vaccine given during pregnancy appears to be linked to the prevention of flu-related hospitalization in infants.

The administration of the seasonal flu vaccine to mothers during pregnancy was associated with the prevention of flu-related hospitalization in 79.8% of all infants (0 to 12 months old) and in 85.3% of those younger than 6 months of age, Dr. Vazquez reported.

A subanalysis of the randomized controlled Mother’s Gift Study, conducted in Bangladesh, showed that mothers who got the flu vaccine in the third trimester of pregnancy had infants with substantially higher birthweights than mothers who got the pneumococcal vaccine (controls). All the women were immunized during the flu season.

“Babies born to mothers who got the flu vaccine were on average half a pound heavier, which is not a trivial amount,” said lead author Mark C. Steinhoff, MD, from the Cincinnati Children’s Hospital Medical Center in Ohio. Dr. Steinhoff said this effect was seen only during periods when the flu virus was circulating. “The effect [in this study] was specific to the vaccine and the season. The benefits are seen in the mother and the infant, and now we see that it benefits the fetus,” he stated.

Dr. Steinhoff said that these unique robust data from a randomized controlled trial show that epidemic maternal influenza infection reduces fetal growth in this Asian setting. He called for studies analyzing the fetal effects of influenza vaccine in pregnancy from other regions.

Public’s Fear of Flu Vaccines Can Be Allayed, Immunologists Say

Paul Offit, MD, center director of the Vaccine Education Center at the Children’s Hospital of Philadelphia in Pennsylvania, decried the public fear of vaccines. The stories about vaccines causing harm have actually done more harm than good. “When asked which is worse, the vaccines or the virus, the clear answer is the virus,” he stated.

William Shatner, MD, from the Department of Preventive Medicine, Vanderbilt University Medical Center, in Nashville, Tennessee, said that obstetrician/gynecologists are not comfortable with vaccines and therefore don’t offer immunization to their patients, despite the growing body of evidence clearly supporting the effectiveness of the seasonal flu vaccine in pregnant women. Mothers’ attitudes also affect this, he continued. “Mothers don’t want to take anything during pregnancy for fear of harmful effects,” he added.

Both Dr. Offit and Dr. Shatner believe that a cultural change is necessary to make sure pregnant women and their offspring get the protection they need from vaccines, such as the seasonal and H1N1 flu vaccine.